A non-disclosure agreement (NDA) is often talked about when sharing ideas. It is also common to hear that an NDA is only worth using if it can be enforced. After all, an NDA is an agreement signed between parties to adhere to specific conditions. If one party or parties breaks those conditions, the agreement outlines the steps that need to be taken to resolve or remedy the situation.

If you are thinking of using an NDA or want to enforce one, let me break down all that you need to know.

The information that is deemed confidential must:

The Human Rights Act 1998 and case law also cover ‘law of privacy’, however, these have limited impact on commercial relationships, but there has been a case (Douglas vs Hello!) where this was used.

Examples of information, which is deemed confidential

When is it appropriate to use an NDA?

I have come across examples where individuals have asked for an NDA to be signed when they are sharing an idea for a new startup. This is usually not a good idea. This isn’t because of an idea cannot be protected. Its more to do with the fact that the idea is:

There is also the fact that an NDA is only effective if it can be enforced, and it can only be enforced if it follows the correct procedure.

To answer the question on what an NDA should be used? The answer is when commercial trade secrets and valuable know-how is being shared, which isn’t available or known to the other party, and there is value attached to it.

What happens if an NDA is breached?

A breach of an NDA is similar to any breach of contract. There is a considered breach of obligation of confidence if the information protected through an NDA is used without authorisation or disclosed to other parties.

Similarly, a breach of confidence may arise if another party becomes aware of the protected information, and they haven’t signed the NDA or a third party gains the information by gathering it from a party bound by the NDA. There are other ways in which a breach can occur.

The party who breached the NDA can have

Should you use an NDA?

The answer to that should be based on what you are trying to protect, if it has any value and quality of confidence, and the information being disclosed to others would affect you negatively.

A standard template contract will not do, and you should ask a solicitor who specialise in drafting NDAs to create one catered to your specific needs. As with all legal matters, if there is an issue, you need to have the right evidence, funds and capability to enforce it. 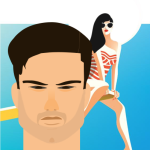 A Trainee Solicitor and Marketing Professional. I currently work for Freeman Harris Solicitors, and do a couple of other things.

Talha FazlaniCopyright, Intellectual Property, LawApril 18, 2021
The amount of copyright infringement claims being sent and received seems to be growing every year, and understandably so. The internet and social media have made it easy to find content (photos, illustration, music, songs, videos etc.), and in many …
END_OF_DOCUMENT_TOKEN_TO_BE_REPLACED